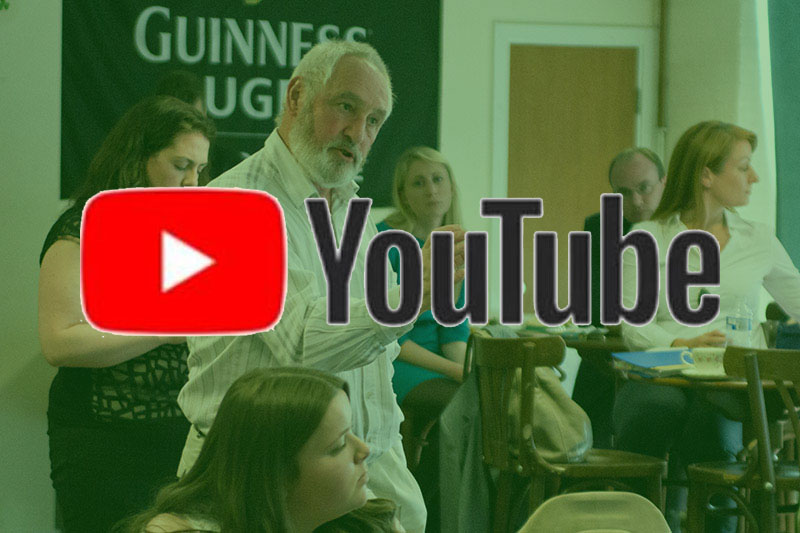 As opportunities to get together may still be a while away, the Tyneside Irish Cultural Society carry on adding to their online content, which includes podcasts and webinars and can be found on their YouTube channel.

The monthly podcasts, hosted by Michael McNally, have been going from strength to strength, with a range of interesting interviews and performances. So far, guests have included staff and volunteers from the cultural society talking about such things as their adult education classes, their library at the Tyneside Irish Centre, the North East Irish Network, and the forthcoming Tyneside Irish Brigade exhibition.

There have been some great performances from artists such as harper Úna ní Fhlannagáin, Celtic Social Club singer and guitarist Dan Donnelly, and flute and whistle player Matthew Dean.

The December podcast included a fascinating interview with Dave Wood, a guitarist and music teacher. Along with a group of fellow musicians, Dave has put together a CD of recordings featuring Newcastle-based fiddler Paul Ruane, who sadly passed away four years ago, aged only 49. Paul was a great friend to the cultural society and taught the Comhaltas class in Newcastle. The CD makes publicly available some of his previously unreleased music. (www.paulfiddle.com)

The line-up for January included Ruairí Cullen from the organisation Irish in Britain, who gave advice on applying for an Irish passport and reminded everyone to tick the ‘Irish’ box in the March census. And there was music and chat from Kevin Doonan, a member of the incredible family band The Mighty Doonans. In February we had a great interview with folk singer Benny Graham.

Look out for our St. Patrick’s Day edition with some special guests.

Webinars, for those unfamiliar with the term, are live on-screen lectures, performances, or discussions that you can watch on your computer, tablet, or smartphone. If watching live, you can submit questions and comments too. Previously, the cultural society have broadcast two webinars. The first was a celebration of the life and work of poet and musician Ciaran Carson; the second, a discussion about the work of poet Seamus Heaney, which featured readings by Line of Duty actor Adrian Dunbar and author Roy Foster. Further webinars are being planned, to be broadcast around St. Patrick’s Day, with music concerts and a discussion with Joseph O’Connor, author of international number-one bestseller Star of the Sea.

The podcasts and webinars are available to watch anytime. Don’t forget to subscribe to our page on YouTube.