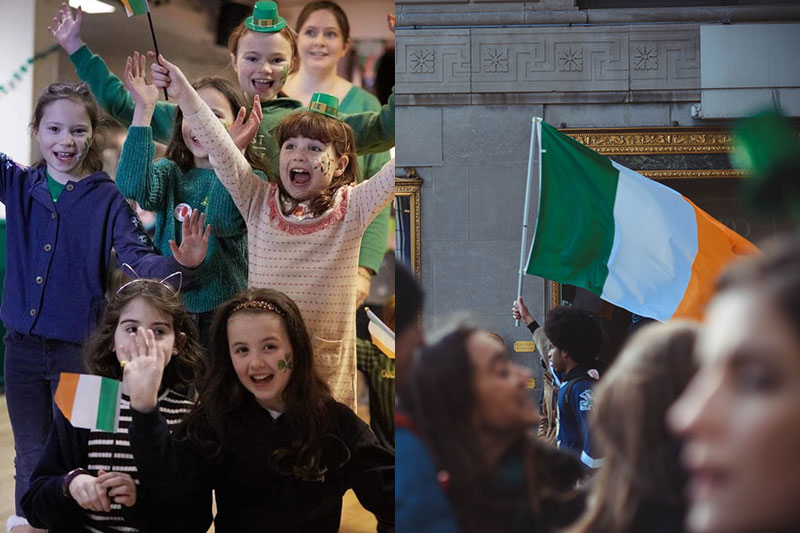 Calling all Irish born, Irish citizens, Irish descendants and anyone with that Irish feeling – declare your Irishness on 21st March 2021!

The latest census is fast approaching, with promotion already rolling out – you can’t surely have missed it! While this is the Government collecting data for its purposes, it is certainly true that we are able to derive a benefit from the figures too; the greater the known Irish population in the region the greater our influence when we raise issues of concern on behalf of our community. Therefore, we do not just wish to encourage people to complete the census (they have to anyway, it’s legally compulsory!), but we need to encourage them to identify their Irish nationality, citizenship and/or heritage where they can. e Office of National Statistics (ONS) are anticipating an increase in the number of Irish passport holders since the 2011 count – we’re all aware of the impact of Brexit on applications, so that’s a nailed-on certainty. is time round however there are a number of ways in which people can assert their Irishness.

The Tyneside Irish Centre would encourage all of those eligible for an Irish passport to indicate this when completing their form. There will be the opportunity too to indicate an Irish ethnicity.

At the end of last month, Ruairi Cullen from Irish in Britain spoke to Michael McNally on the Tyneside Irish Cultural Society’s latest podcast on YouTube, “Irish in Britain are very keen to encourage people to engage with their Irishness through the census because otherwise the community seem a bit invisible… If you weren’t born in Ireland but you feel very strongly Irish, the national identity and ethnicity group question shows the size of the Irish community beyond the first generation.”

Although Michael was disappointed to find out he is not eligible to claim Irish Citizenship, he is still keen to let people know he has Irish roots “e ethnicity question is one where you can choose how you feel. Feel Irish? Tick the Irish box. Feel Irish but want to acknowledge other roots? Tick ‘Other’ and then type in the combination you feel. e.g. British and Irish, Irish and English. I’ll definitely be making sure my Irishness is recorded.”

Can we count on you too?

The census builds a picture of your community. When you fill in yours, you help make decisions about local services – Census 2021, ONS